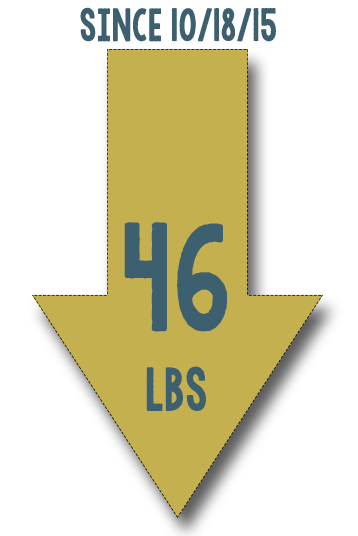 I can really tell now that I am losing weight when I look in the mirror or try on clothes.  I am down a couple of sizes.  My son is getting married later this month and I needed a new dress - actually, two new dresses.  I have ordered and received the first one - two sizes smaller than what I was wearing when I started the diet.  It is a little snug where the drop waist bodice ends, but I think I want to change it as I have never looked good in drop waist dresses, and it shouldn't be hard as the bodice is not connected to the skirt, only at the shoulders.  At any rate, as I was trying on my new dress, I started checking out a lot of dresses that I haven't been able to wear in a long time.  Some are already baggy on me!  The smallest dress I have is still a little snug across the chest, but a few more pounds and I will be able to wear it.  I sort of feel like I need to wear my larger dresses as long as I can without looking ridiculous in them - and since I sew, I may alter some of them. 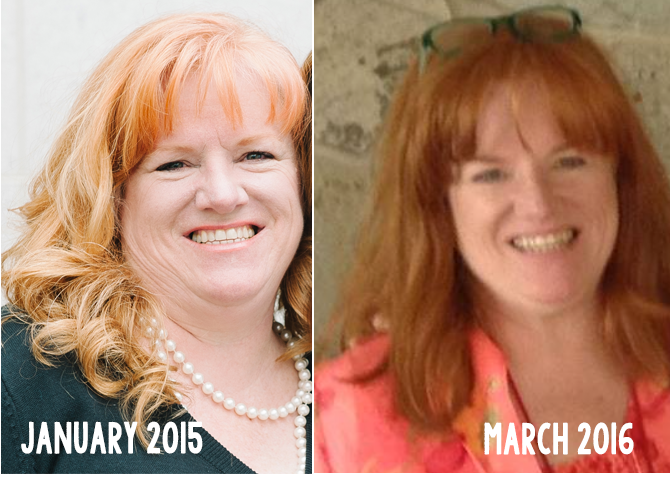 Who the heck is that stranger staring at me?  Well, she looks remotely familiar.

Recently for the first time ever as I was trying on clothes, I had to admit the deep satisfaction that comes from fitting in a smaller size so that phrase I've heard for years no longer sounded laughable - "No food tastes as good as thin feels." I am far from thin - but that is really relative.

A week ago I attended the free diabetes clinic at Costco to have my Hemoglobin A1C test done.  This test measures your blood glucose level over the past 120 days.  I confess, I stopped going to the doctor when I was moving to Salt Lake City in 2014, and when my meds ran out, I did not refill them.  The last time I had the test done, my numbers were coming down for the first time since I was diagnosed with pre-diabetes.  I was on three medications that were not really managing my diabetes, and the doctor kept warning me that soon I would need to start taking insulin.  But I had lost 15 pounds at that last visit and my numbers were improving as a result.

So I guess I was assuming that the test on Saturday would indicate an improvement over the levels from 2014.  Boy was I disappointed in that regard!  My numbers were much worse!  Then it occurred to me that I hadn't been on any medication since 2014 and I had NOT had my blood tested before starting on my whole food plant based diet and weight loss.  So there is no way to know, with only one number, if I am improving or not.  As shocking and dismaying as it was to have my levels go way up since 2014, for all I know, back in October they were even higher.  And certainly, in 2014, the levels were influenced by the three prescription diabetes medications I was taking.

Alas, I was counseled to get all my tests done before starting, but I avoid doctors like the plague.  Now I could kick myself.

As soon as I saw the number I felt a wave of sickness come over me, weakness, fragility.  Nothing had changed except my awareness of how high my numbers were.

It was alarming.  I worried that my efforts have done nothing to reverse the progression of this deadly disease. But there is no way to tell till I take the test again in three months.

I had a membership at a clinic that I could afford for normal healthcare - that is how I found out I had type II diabetes and started taking medications for it.  The thing is, my doctor basically told me that medicine could slow the disease down, but could not cure it, and that is the best I could hope for.  They could monitor my progress and adjust my medications, but not stop the disease.  It would eventually kill me, but not before taking my eyesight, and maybe a toe or foot or leg first.  Lifestyle changes could also help slow it down - but by the time you are diagnosed with type II diabetes, there is no getting better, according to traditional Western medicine.

And while meds might extend my life some, and dying later rather than sooner is preferable, that prognosis was nothing I wanted to peg all my hopes on.  I started hearing about, reading about and talking to people who had reversed not only diabetes, but heart disease, auto-immune diseases and cancer - with diet and other lifestyle changes.  Why would doctors say it wasn't possible, when, in fact, it was happening?

I am not going to make a documentary to find out, lots of other people have and are doing that.  All I know is, the reason you have to have a doctor prescribe drugs is because they can harm you, even kill you, if you take too much or the wrong combinations etc.  In other words, they are poison.  Small doses of poison that can interrupt symptoms of disease, but poison all the same - thus the speed-reading footnote at the end of all those drug commercials on TV - which we all make fun of - especially "and in some cases, may cause death."  We are talking about POISON - so of course, there will be some damage done - the price of the bit of relief they might offer.

The last time I went to the clinic, my doctor, who I did like a lot, had been fired and his replacement, a woman who bore a striking resemblance to Meryl Streep - was all too eager to fill out one prescription after another for any slight health concern I might have.  If I said I sometimes had hiccups, well, shucks, no need to suffer!  Here - take this paper to the pharmacy and they will get you all set up.  I found her approach off-putting - I knew she was being expected by the clinic to dole out prescriptions - the more the better - because they never allowed refills - so you HAD to come in every three months at the minimum, and that is what they most wanted, relied on, from their customers - prescription dependence.  She was fast - that is why she was still employed by the clinic, unlike my previous doctor who took as much time as needed.

I have benefitted from some healthcare.  My children have as well.  But, I do not automatically worship and accept all that proceeds forth from the lips of a physician just because he/she wears a white coat and a stethoscope.

And I believe we must take personal responsibility for our own health.  No one knows us better than our own selves and Heavenly Father.  No amount of research can trump personal revelation.  I think we must learn as much as we can, yet ultimately rely on the great physician of our souls.  This includes our bodies.

But I avoid Him as well - not because I think he doesn't know or care, but because the treatment may be uncomfortable.  Well, silly, yes of course I am silly - to expend energy running away, dodging etc - when facing things head on as they arise would save me so much of all my resources - yet, I do opt for my silly ostrich-esque habits all too often.

I was visiting with a friend I haven't seen in 39 years who has had some seriously awful health problems over the years. She has been blessed with some insight about the reasons for her debilitating issues - that she lovingly chose to sacrifice for others who she could help via her own suffering, and that, of course, made me think what I may have chosen to suffer, and why.  Sometimes I have the ever popular thought - "why did this have to happen to me??" And a subtle answer comes to mind - about compassion and empathy and understanding of others I would otherwise be blind and deaf and ignorant towards.  The subtlety of the answer doesn't wipe out my anxiety about trials - about discomfort and pain and suffering, about struggles and battles.  I still feel like avoiding them. But it does help me not feel so put upon about what I've already been through.

It's just that we are pretty spoiled in this nation, at this point in time.  We really do not expect to outlive our children, while a couple generations ago, almost every parent had lost a child at some point, often several. Parents today do lose children, but percentage wise, not nearly so many.  We really do not expect a bout of the flu to kill us.  They sure did.  We don't think twice that when we go to the store, there will be a plethora of choices, rather than having no store at all and praying that the crops we exhausted ourselves planting don't fail.  We are used to advantages that the vast majority of earthlings have never enjoyed.  And so struggle, pain and suffering is alien to us - and then when it comes along, we feel somehow cheated or abandoned or punished or neglected by some authority figure like our parents, the schools, the government or God. I wonder how much of my life I've wasted being hurt, angry and scared due to minor bumps in the road that pale in comparison to my ancestors? Stubbornly refusing to take charge because I feel miffed? I know it is more than I'd like to admit!  So, I don't think my trials have been doled out to me by some unfeeling entity behind a curtain.  I think I chose my life, my circumstances, my family, my time on earth, my personal strengths and weaknesses for what I could do to help those I love and to obtain the optimal educational experience here.  I think I understood that the only way any of it would work is if I forgot what I chose and why.  I think I promised things and was promised things - I promised I would do my part and God promised to be with me.  My friend kept saying, "God didn't spare me, but He has saved me - again and again."

So now at 57, I am finally ready to take charge of a few things - to listen to the subtle counsel I receive via the spirit, even when it comes to my menu.  And I am just grateful I didn't eat myself to death already so I have a chance to improve my situation now.