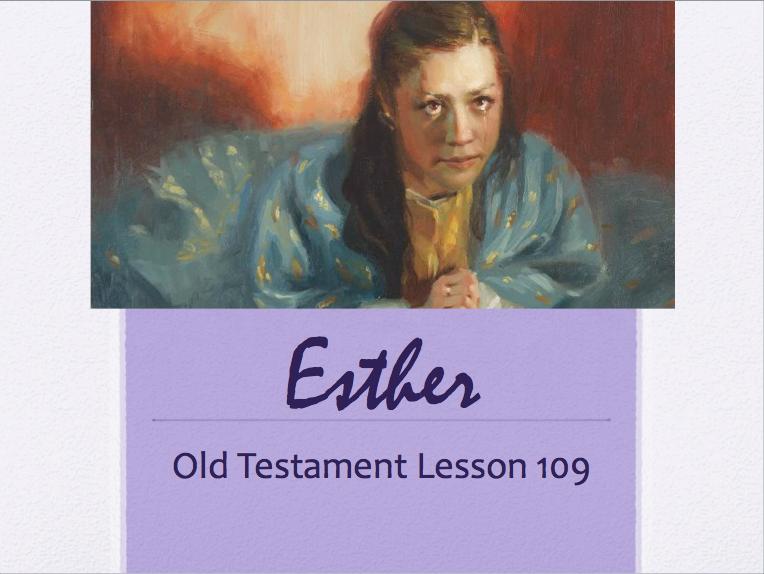 "After deposing Queen Vashti, King Ahasuerus of Persia chose a Jewish girl named Esther to be his new queen. Esther’s cousin and guardian, Mordecai, offended Haman, a leader in the Persian kingdom, by not bowing to him. Haman received permission from the king to destroy all of the Jews in the kingdom. After fasting along with the Jews, Esther risked her life by approaching the king to intervene in the Jews’ behalf. She exposed Haman’s treachery and saved the Jews from their enemies." [Introduction from the lesson at churchofjesuschrist.org]