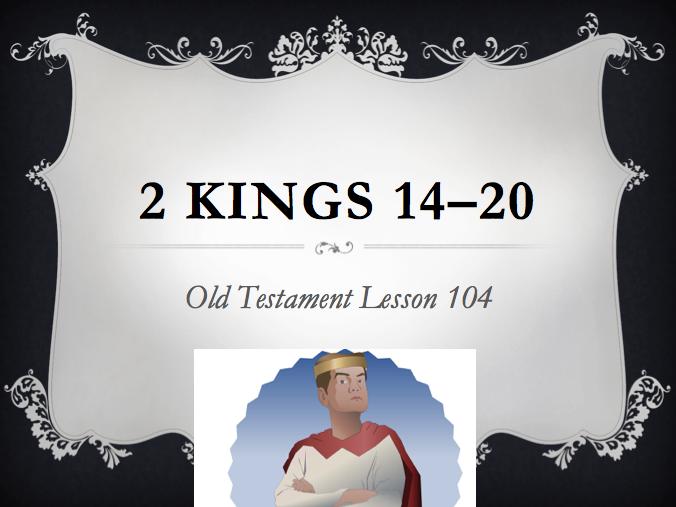 "In an effort to gain the favor of the king of Assyria, the king of Judah, Ahaz, gave him gold and silver from the temple and the royal treasury. Although Ahaz reigned in wickedness, his son Hezekiah was a righteous king and removed idolatry from Judah. Meanwhile, the rulers of the Northern Kingdom of Israel perpetuated wickedness. Eventually the Assyrians conquered the kingdom of Israel and carried its people away into captivity in 721 BC. They are often referred to as the lost ten tribes. When the Assyrians later invaded the Southern Kingdom of Judah, Hezekiah asked the prophet Isaiah to pray for the people. The Lord, through Isaiah, told the people to not be afraid; He would defend the city. An angel sent by the Lord smote the Assyrian camp, killing 185,000 Assyrians." [Introduction from the lesson at churchofjesuschrist.org]