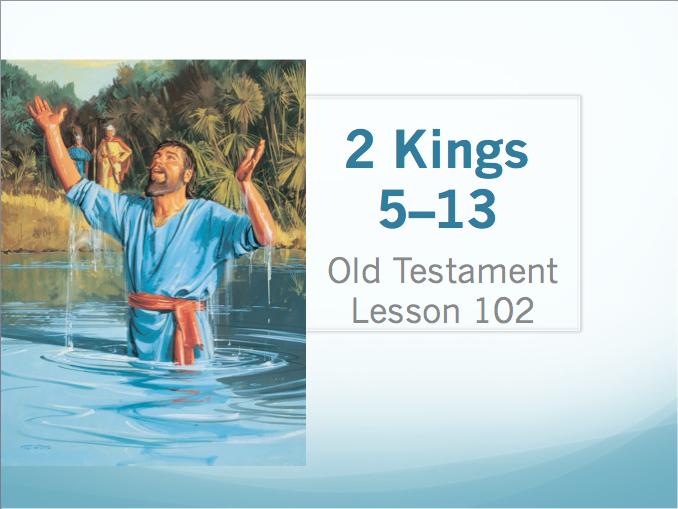 "The Syrian military leader Naaman was healed of leprosy as he followed the counsel of the prophet Elisha. Later, Elisha miraculously caused an ax-head to float in water. Elisha also helped Israel defeat the Syrian army by revealing Syria’s war plans to the king of Israel." [Introduction from the churchofjesuschrist.org]