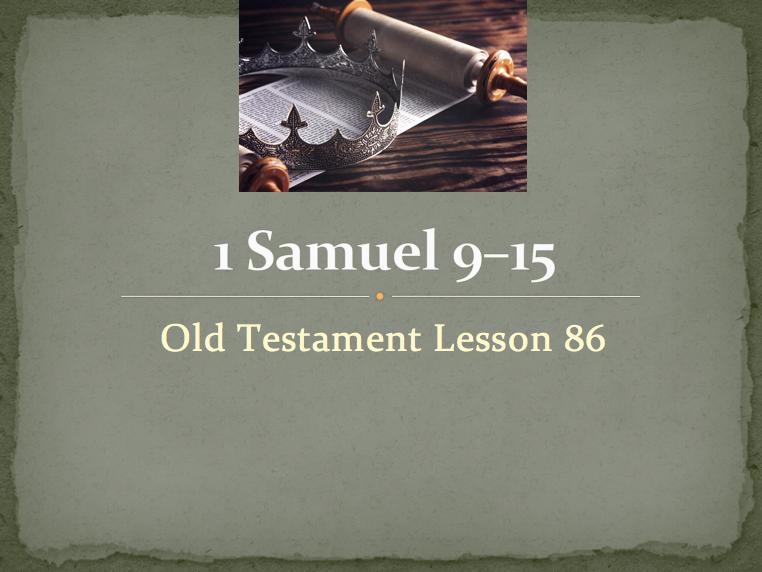 "After the Israelites insisted upon having a king to rule them, the Lord revealed to Samuel that Saul was to be king. Samuel anointed Saul as the earthly leader of Israel. When threatened by a Philistine attack, Saul disobeyed the Lord by offering a sacrifice instead of waiting for Samuel to do it. Saul again disobeyed the Lord by not fulfilling His command to destroy the Amalekites and all of their animals, and the Lord rejected Saul as the king of Israel." [Introduction from the lesson at churchofjesuschrist.org]