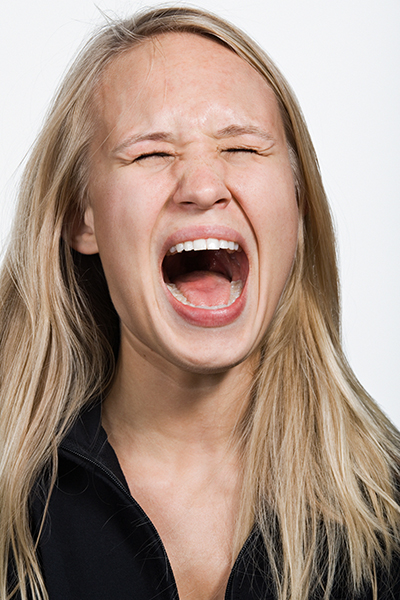 I left my home in Sedona and spent almost an entire month with my oldest son and his family in Utah in November after my daughter-in-law gave birth to my first granddaughter five weeks early.  Her brother, my only grandson, is four years old, and was often left in my care as the parents went to the NICU.  I was re-introduced to “attention-getting behaviors” in children and reflected on ones I used as a child to varying effect.

But the attention I am talking about today isn’t of a child feeling under-attended to, though the emotional sensation may carry you back to a painful childhood memory.  No, I am talking about standing in front of a room full of noisy children/teenagers/relief society sisters when you are about to present a carefully prepared lesson, designed to enhance their chances of eternal salvation, and you rather feel like the room is full of wild monkeys or clucking hens as interested in what you have to say as a swarm of bees would be about which college football teams are going to what bowl games!

Or maybe it isn’t wild monkeys you are facing, maybe it is rows of stone soldiers – daring you to cause the slightest emotional response to cross their hardened faces.

Either way, it can be as terrifying or uninviting as clearing out your guest room full of spiders before important company arrives.

I have observed teachers and leaders in this situation and thought to myself, “No, they aren’t actually starting when no one is paying the slightest attention are they?” as I simultaneously use every ounce of restraint not to jump out of my seat and bring the room to order for them, which I have sometimes not had enough in me to accomplish and actually did jump up and silence the wild fiends, though it was not my place to do so.

So I thought I’d share some of my own cache of time-honored methods to avoid the horror of being out of control at the front of a room.

After many years had passed, I was often reminded of that time I dressed up like a detective and came into an unfamiliar Primary with a crazy accent that was completely unexpected and produced instant fascination, and, apparently, was unforgettable to the children, even years later.  But then, “Debra is an actress,” you might say, but I have seen many a run-of-the-mill grandma do something similar to get Primary children to stop everything and listen.  It doesn’t have to require great acting skills or crazy costumes – you can make a dramatic entrance by doing almost anything unexpected, like having your telephone ring loudly, or turning off the lights, whether the children are 6 or 60!

Ask the pianist to play a couple dramatic chords.  Prelude may have been going on for some time already, simply stopping may go completely unnoticed.  But a “TA-DA!” chord will be so out of the ordinary that everyone will know at once something important is about to happen. If there is no piano, you can bring something else that produces a clear and distinct sound – I picked up several Dollar Store “ring-for-service” hotel-type bells for my seminary class to use, thrilled that they were that cheap – these would work marvelously!

One of the many times I was the Primary Music Leader, I encouraged reverence effectively by responding to a passing thought the spirit put into my mind one morning before opening exercises had started.  I found a child who was NOT chatting or wriggling and quietly invited her to stand in the front of the room as an example and gave her a fun sticker.  Another child quickly caught on to what I was doing, and mimicked the behavior and was soon also standing quietly at the front, arms folded, with a sticker of his own, and this simple action soon had most of the children calming down and sitting quietly so Primary could start.

I have a confession.  I am most definitely an addict.  My addiction of choice is interesting containers.  Maybe it isn’t of choice, I seem to have no choice in the matter at all.  If I buy something that comes in a nice or interesting box, once empty, I C A N N O T bring myself to throw it away.  “Surely,” I tell myself, “surely this is the perfect box for SOMETHING fun I might plan for Primary someday!” so I store it in my over-filled storage closet for that perfect occasion in the un-known future – and on some morning when I am frantic for a good idea to use for a lesson, it will call to me to retrieve it.  My dears, inside every one of us is a child who still loves a mystery – who cannot resist the child-like curiosity and wonder produced by a box, within which any NUMBER of fabulous things might be hidden.  So whether you teach Sunbeams or nursing home Relief Society sisters – that inner-child inside of them will succumb to the mystery box.  It almost doesn’t matter what is inside – everyone will want to know and the contents will be cloaked in intrigue, making them worth silencing and straining their necks to get the first glimpse of what it is.  All you have to do is hold it up and ask, “Do you know what is in this box?” and you will have their attention.

For many, many years, I was either the ward or stake Primary Music Leader.  At the start of every year, I would look over the songs to be included in the annual Children’s Sacrament Meeting Presentation, and make a quick list of teaching methods I would use to introduce each song throughout the upcoming months.  I liked doing it all at once like that because once I was done, I could relax and quell the anxiety that bubbled up over this major aspect of my calling.  I’ll go over the steps for coming up with killer ideas in another blogpost, but for now, I will simply say that when you make it fun, the children will not have to be coaxed to repeat a song over and over again.  Sometimes my ideas sounded almost TOO fun.  “This will turn Primary into a ZOO!” I would worry.  But then, I remembered how to make certain that doesn’t happen.  The more the children desire to participate, the better this technique works.  After revealing the fun-activity we are about to engage in, I firmly say, “If there is any rowdiness as we do this activity – I will put it away and we will no longer be able to do it, (or “you will not be chosen to participate”). To which, based on their prior experience with me, they know I am serious about.  What I am saying is, take advantage of the desire to participate or receive some happy effect to focus their attention when it seems they can’t settle down.  The other children may end up being the ones to remind the classmate of the rules if their own interest is on the line.  You know your class/group – you know what an effective reward might be for them – something they would enjoy.  Something they look forward to, and a gentle reminder that it is waiting if their behavior is cooperative.

Well, that is my list – and as I was writing this blogpost, several more came to mind, but . . . they will remain a mystery . . . till next time!